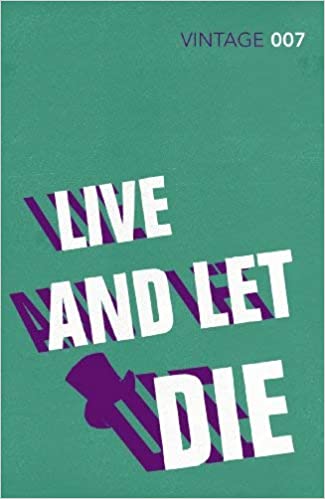 A novel’s protagonist only becomes a truly unique character (‘character’ meaning something like ‘the mental and moral qualities distinctive to an individual’) when he has (like we all do) small, peculiar personal details or quirks

What follows is a list of excerpts featuring James Bond’s personal tastes and preferences as written down in Live and Let Die (1954), Ian Fleming’s second James Bond-novel.

Bond slit open a fresh pack of King Size Chesterfields with his thumb-nail and, as he settled back in his comfortable chair in the warm luxurious room, his mind went back two weeks to the bitter raw day in early January when he had walked out of his Chelsea flat into the dreary half-light of a London fog.

How Bond likes his breakfast

His morning routine and how James Bond looks

Bond (…) stripped off his pyjamas for the last time (…) and gave himself a sizzling cold shower. As he shaved he examined his face in the glass. The thick comma of black hair above his right eyebrow had lost some of its tail and his hair was trimmed close across the temples. Nothing could be done about the thin vertical scar down his right cheek, although the FBI had experimented with Cover-Mark, or about the coldness and hint of anger in his grey-blue eyes, but there was the mixed blood of America in the black hair and high cheek-bones and Bond thought he might get by — except, perhaps, with women.

How Bond likes his breakfast (2)

He dug in his pocket for his cigarettes and lighter. It was a new pack of Chesterfields and with his right hand he scrabbled at the Cellophane wrapper.

She reached over and took the pack from him. She slit it with her thumb-nail, took out a cigarette, lit it and handed it to him. Bond took it from her and smiled into her eyes, tasting the hint of lipstick from her mouth.

‘I smoke about three packs a day,’ he said. ‘You’re going to be busy.’

Bond ordered Old Fashioneds, and stipulated Old Grandad Bourbon, chicken sandwiches, and decaffeined Sanka coffee so that their sleep would not be spoilt.

Bond turned to the window and watched the pretty clapboard houses slip by as they approached Trenton. He loved trains and he looked forward with excitement to the rest of the journey.

Some drinks and a meal

He ordered dry Martinis and when the two little ‘personalized’ bottles appeared with the glasses and the ice they seemed so inadequate that he at once ordered four more.

They argued over the menu. The fish was described as being ‘Made From Flaky Tender Boneless Filets’ and the chicken as ‘Delicious French Fried to a Golden Brown, Served Disjointed.’

‘Eyewash,’ said Bond, and they finally ordered scrambled eggs and bacon and sausages, a salad, and some of the domestic Camembert that is one of the most welcome surprises on American menus.

Bond apparently like to wear a Stetson now and then, according to this spy

Wid a man ‘n a blue suit, grey Stetson. Seemed like a scar down his face.

Then he had the biggest steak, rare, with French fries, he had ever seen. It was a small grill called Pete’s, dark and friendly. He drank a quarter of a pint of Old Grandad with the steak and had two cups of very strong coffee. With all this under his belt he began to feel more sanguine.

How Bond likes his breakfast (3)

Paw-paw with a slice of green lime, a dish piled with red bananas, purple star-apples and tangerines, scrambled eggs and bacon, Blue Mountain coffee — the most delicious in the world — Jamaican marmalade, almost black, and guava jelly.

As Bond, wearing shorts and sandals, had his breakfast on the veranda and gazed down on the sunlit panorama of Kingston and Port Royal, he thought how lucky he was and what wonderful moments of consolation there were for the darkness and danger of his profession.

When the job asks for it, Bond cuts back on his bad habits

By the end of the week, Bond was sunburned and hard. He had cut his cigarettes down to ten a day and had not had a single drink. He could swim two miles without tiring, his hand was completely healed and all the scales of big city life had fallen from him.

He looked at the Rolex watch on his wrist.

The color of his eyes

The first tears since his childhood came into James Bond’s blue-grey eyes and ran down his drawn cheeks into the blood-stained sea.

She stood up and smoothed back the comma of black hair that had fallen down over his forehead.

Christopher Hitchens’ Prepared for the worst | Table of content