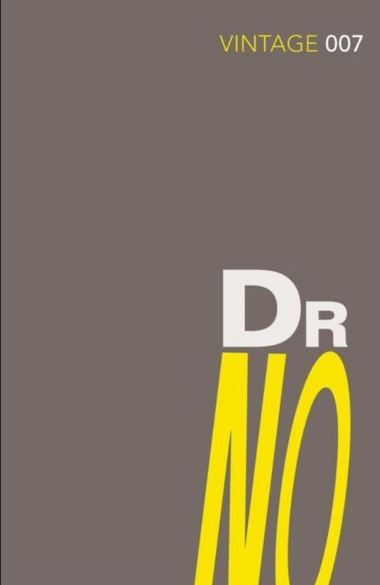 James Bond’s personal tastes and preferences in Dr. No (the novel)

What follows is a list of excerpts featuring James Bond’s personal tastes and preferences as written down in Dr. No (1958), Ian Fleming’s fifth James Bond-novel. As Bond spends a lot of time ‘on the road’, he doesn’t get to order dinners and drinks. That’s why this books harvest is relatively low.

Ties with an inanimate object

Major Boothroyd put on the expert’s voice. “As a matter of fact, sir,” he said modestly, “I’ve just been testing most of the small automatics. Five thousand rounds each at twenty-five yards. Of all of them, I’d choose the Walther PPK 7.65 mm. It only came fourth after the Japanese M-14, the Russian Tokarev and the Sauer M-38. But I like its light trigger pull and the extension spur of the magazine gives a grip that should suit 007. It’s a real stopping gun. Of course it’s about a .32 calibre as compared with the Beretta’s .25, but I wouldn’t recommend anything lighter. And you can get ammunition for the Walther anywhere in the world. That gives it an edge on the Japanese and the Russian guns.”

M turned to Bond. “Any comments?”

“It’s a good gun, sir,” Bond admitted. “Bit more bulky than the Beretta. How does the Armourer suggest I carry it?”

“Berns Martin Triple-draw holster,” said Major Boothroyd succinctly. “Best worn inside the trouser band to the left. But it’s all right below the shoulder. Stiff saddle leather. Holds the gun in with a spring. Should make for a quicker draw than that,” he gestured towards the desk. “Three-fifths of a second to hit a man at twenty feet would be about right.”

“That’s settled then.” M’s voice was final. “And what about something bigger?”

“There’s only one gun for that, sir,” said Major Boothroyd stolidly. “Smith & Wesson Centennial Airweight. Revolver. .38 calibre. Hammerless, so it won’t catch in clothing. Overall length of six and a half inches and it only weighs thirteen ounces. To keep down the weight, the cylinder holds only five cartridges. But by the time they’re gone,” Major Boothroyd allowed himself a wintry smile, “somebody’s been killed. Fires the .38 S & W Special. Very accurate cartridge indeed. With standard loading it has a muzzle velocity of eight hundred and sixty feet per second and muzzle energy of two hundred and sixty foot-pounds. There are various barrel lengths, three and a half inch, five inch…”

“All right, all right.” M’s voice was testy. “Take it as read. If you say it’s the best I’ll believe you. So it’s the Walther and the Smith & Wesson. Send up one of each to 007. With the harness. And arrange for him to fire them in. Starting today. He’s got to be expert in a week. All right? Then thank you very much, Armourer. I won’t detain you.”

“Thank you, sir,” said Major Boothroyd. He turned and marched stiffly out of the room.

There was a moment’s silence. The sleet tore at the windows. M swivelled his chair and watched the streaming panes. Bond took the opportunity to glance at his watch. Ten o’clock. His eyes slid to the gun and holster on the desk. He thought of his fifteen years’ marriage to the ugly bit of metal. He remembered the times its single word had saved his life—and the times when its threat alone had been enough. He thought of the days when he had literally dressed to kill—when he had dismantled the gun and oiled it and packed the bullets carefully into the springloaded magazine and tried the action once or twice, pumping the cartridges out on to the bedspread in some hotel bedroom somewhere round the world. Then the last wipe of a dry rag and the gun into the little holster and a pause in front of the mirror to see that nothing showed. And then out of the door and on his way to the rendezvous that was to end with either darkness or light. How many times had it saved his life? How many death sentences had it signed? Bond felt unreasonably sad. How could one have such ties with an inanimate object, an ugly one at that, and, he had to admit it, with a weapon that was not in the same class as the ones chosen by the Armourer? But he had the ties and M was going to cut them.

Thankfully he took off his London clothes, now moist with perspiration, and went into the glass-fronted shower and turned the cold water full on and stood under it for five minutes during which he washed his hair to remove the last dirt of big-city life. Then he pulled on a pair of Sea Island cotton shorts and, with sensual pleasure at the warm soft air on his nakedness, unpacked his things and rang for the waiter.

Bond ordered a double gin and tonic and one whole green lime. When the drink came he cut the lime in half, dropped the two squeezed halves into the long glass, almost filled the glass with ice cubes and then poured in the tonic. He took the drink out on to the balcony, and sat and looked out across the spectacular view. He thought how wonderful it was to be away from headquarters, and from London, and from hospitals, and to be here, at this moment, doing what he was doing and knowing, as all his senses told him, that he was on a good tough case again.

He sat for a while, luxuriously, letting the gin relax him. He ordered another and drank it down.

He went into his room and dressed in his old dark blue tropical worsted suit, a sleeveless white cotton shirt and a black knitted tie, looked in the glass to see that the Walther didn’t show under his armpit and went down and out to where the car was waiting.

Bond ordered his gin and tonic with a lime, and Quarrel a Red Stripe beer. They scanned the menu and both decided on broiled lobster followed by a rare steak with native vegetables.

First Royal Blend since a while

Bond lit his first cigarette of the day—the first Royal Blend he had smoked for five years—and let the smoke come out between his teeth in a luxurious hiss.

It was eight-thirty. Bond unpacked his few things and changed into sandals and shorts. Soon there was the delicious smell of coffee and frying bacon. They ate their breakfast while Bond fixed his training routine—up at seven, swim a quarter of a mile, breakfast, an hour’s sunbathing, run a mile, swim again, lunch, sleep, sunbathe, swim a mile, hot bath and massage, dinner and asleep by nine.

After breakfast the routine began.

Bond fitted himself out with cheap black canvas jeans and a dark blue shirt and rope-soled shoes.

Bond went into his bedroom and took out his two guns and looked at them. Neither was a part of him as the Beretta had been—an extension of his right hand—but he already knew them as better weapons. Which should he take? Bond picked up each in turn, hefting them in his hand. It had to be the heavier Smith & Wesson. There would be no close shooting, if there was any shooting, on Crab Key. Heavy, long-range stuff—if anything. The brutal, stumpy revolver had an extra twenty-five yards over the Walther. Bond fitted the holster into the waistband of his jeans and clipped in the gun. He put twenty spare rounds in his pocket. Was it over-insurance to take all this metal on what might only be a tropical picnic?

Bond went to the icebox and took a pint of Canadian Club Blended Rye and some ice and soda-water and went and sat in the garden and watched the last light flame and die.

For a moment the melancholy of the tropical dusk caught at Bond’s heart. He picked up the bottle and looked at it. He had drunk a quarter of it. He poured another big slug into his glass and added some ice. What was he drinking for? Because of the thirty miles of black sea he had to cross tonight? Because he was going into the unknown? Because of Doctor No?

The machine gunner trained his gun into the tops of the mangroves behind the beach. There came the swift rattling roar Bond had last heard coming from the German lines in the Ardennes. The bullets made the same old sound of frightened pigeons whistling overhead. Then there was silence.

Bond needs to fire up his watch game

Bond glanced at his watch. It had stopped at three o’clock.

Without enthusiasm, Bond ordered caviar, grilled lamb cutlets and salad, and angels on horseback for himself. When Honeychile refused to make any suggestions, he chose melon, roast chicken à l’Anglaise and vanilla ice cream with hot chocolate sauce for her.

He poured himself out a stiff Bourbon and soda and took it into his own room. So much for his idea of getting hold of a weapon. The scissors and files and probes were attached to the manicurist’s waist by a chain. So were the scissors of the hairdresser. Bond sat down on his rumpled bed and lost himself in drink and gloomy reflections.

Bond said, “And I would like a medium Vodka dry Martini—with a slice of lemon peel. Shaken and not stirred, please. I would prefer Russian or Polish vodka.”

Bond eased the gun out of his waistband. Softly he broke the cylinder sideways and verified with his thumb that all six chambers were loaded. Bond knew he wasn’t going to like this, killing again in cold blood, but these men would be the Chinese Negro gangsters, the strong-arm guards who did the dirty work. They would certainly be murderers many times over. Perhaps they were the ones who had killed Strangways and the girl. But there was no point in trying to ease his conscience. It was kill or be killed. He must just do it efficiently.